Since I’ve posted the last article in English in Ameba blog, 1 year or 2 years might have passed I guess. The reason is simply that The Ameba Pigg(Browser Game) has ended the service and simultaneously I’ve not accessed Ameba as frequently as before anymore.

For some reason, I had a chance to read my previous articles recently and was a bit impressed frankly by how diligent and enthusiastic to study English I was. So, I came to feel like writing something new here instead of Ameba Blog.

Before starting I wonder how you guys living under this difficult covid-19 situation. I wish everyone is safe and having a good life hopefully.

Please get sanitized just to be safe, and do not get dehydrated since summer is coming soon！

Well, then let me talk about Dogecoin, which is one of the cryptocurrencies such as bitcoin (Just to be a simple explanation for those who do not know anything about dogecoin).

When I started investing in crypto, it was the beginning of April if I’m not mistaken.

At that time, literally, every single crypto was surging unstoppably, and to my untrained eyes, everyone seemed to be raking in unconditionally, in other words, It was in the middle of Crypto-Bubble.

By the way, Dogecoin originally came from Meme and there was no backbone, nothing behind it, it was all about funny doggo but took center stage for a while thanks to Elon Musk. Usually, cryptocurrency has the function or reason why it exists but when it comes to Dogecoin, it does not have such a thing, as long as I know.

But as a matter of fact, there are a bunch of those mysterious and anonymous cryptos on-sell undoubtedly.

As for Dogecoin, since Elon Musk was tweeting about it a lot and insinuating a positive future of it with not-really-trustable content thinking back now (Untrustable, it’s about whether it’s viable or not in this context). However, it seemed to be the most trendy crypto at that time at least and was exponentially surging, being pomped up stupidly beyond the accepted level like it is floating on the air, unfathomable phenomena, whenever it plummets to the ground it is not surprising.

At that time, as I mentioned early, it was in the middle of the crypto bubble phase, in other words, the Honey period of Crypto. I did not know anything about the crypt let alone invest in it of course.

Surely I should have searched more and cut it in many different ways, but that is exactly what people think after having troubles. I was a novice who did not know what is wrong and right absolutely, my first time to do this kind of thing in my entire life.

Although, from the relatively simple linear up-trend on the bubble-trend, and also people on Twitter, YouTubers, whoever talks about crypto seemingly are earning with smiles, so I did not find it that difficult to earn as my first impression without a first try.

However, it was not that far future until the day I realize earning in crypto successfully was 10 times harder than I felt at first.

For myself at that time, what was the most difficult factor is to maintain and stabilize my volatile feelings influenced by crypto’s up and down(Earn or Lost).

I said “simple linear up-trend”, but it still has a little up and down technically.

Thinking back now, I’ve purchased a lot when the trend already reached the ceiling like a leaf blown up to the air.

The trend is about to fall, the flow of the air has been changed eventually, the hovering leaf started falling left and right slowly on the air, out of control against those massive powerful streams.

What is the scary thing giving me goosebumps is that, at the first glance, the trend is going up, and automatically I assumed it would continue going up, but as if I was under surveillance, as soon as I bought the seemingly bullish upward crypto, the trend started going down sarcastically, beautifully in a sense how opposite it oriented after the moment I bought….

Having said so, sometimes I grabbed a beginner’s luck and such an experience indeed boosted positive thinking recklessly, this is also something that can not be helped I feel given the fact it is your first time. Thought It was not that much by the way.

Just a little of those winning experiences were enough for me to take crypto lightly and underestimate the worst scenario.

My protagonist-like, protagonist-wise, judgment was temporarily produced and was strongly influenced by my a little winning experience and positive analysis.

I was guessing crypto’s trend optimistically, and as a result, those optimistic thoughts made me buy at the wrong timing and ignored the chances to exit from the bearish, downtrend, which leads to an unrecoverable condition.

Interestingly when the trend started dropping, it literally plummets vertically lower and lower as if there was a hidden pitfall without any rope for help, or a sudden discovered death or alive cliff. How blind I was……

Dogecoin’s bottomless fall was not just a pitfall or a cliff, those are not enough expressions to tell the story of the Dogecoin and let you figure out how people who held Dogecoin and bought around that moment undergone the hardship.

Easily to put it out or not, namely, it’s the end of the world,,,

Dogecoin-Holders were thinking Dogecoin, to be precise, Elon Musk was supposed to bring us to the moon according to his twitters,

We got mesmerized and were engulfed in his tactful and fraudulent hallucinations that we were on the airship with Elon Musk, we kept saying we are selected and entitled to go to the moon, being proud of ourselves, some even showing Dogecoin pictures on their Twitter profiles.

However, such a Once Believed-to-go-to-the-moon airship was in fact made full of doggo bristle fking dirty furs and never surpassed the ozone layer.

Doggo fur-made airships started burning and were incapacitated the operation while passing the Earth’s atmosphere and fell to the abyss of hell,, not to the ground, unfortunately, the ground is already unreachable, with a bunch of the death toll screeching on Twitter out of their resentment, anger, grievance and so on and so forth.

Anyway, it happened to be Dogecoin this time, but something pumped up extraordinarily would go the same way maybe.

Without knowing the situation and just jumping on the bandwagon, it would give you mortal, unrecoverable damage.

Dogecoin taught me how risky it could be to ride on a trendy wave recklessly and brainlessly.

Within the electronic world, there is no room for compassion, robotically you will be disabled and mangled sometimes as if there is a will to end one’s life deliberately…

Under one of those crazy situations, stabilizing one’s calmness is seriously hard.

Your erupting emotion, in this way, could be categorized as your defense mechanism, is functioning so as to avoid further loss.

Following this rising emotion and judging the situation in narrow vision far from calling a holistic view and with half-baked logic would cause the worst result as you can imagine probably,,, which I’ve learned painfully. Thinking in the long run and objectively under unfamiliar uneasy situations is never been easy, again.

The process of earning looks seemingly easy because it is just buying when it is low and selling when it is high, but the devil’s in the detail.

Once I started writing, I can not find the point to finish and getting sleepy.

So please forgive me to say,

Plus….Dogecoin, the face of the dog, It looks indeed sketchy,,, smells a rat now lol… 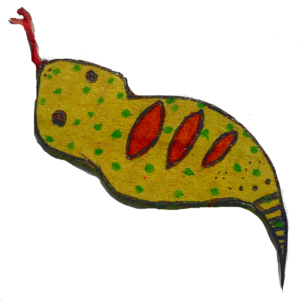 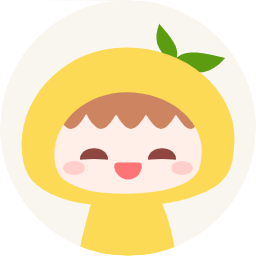 Hey ho, I’m a local here. I am currently studying Japanese as a part-timer. Still striving to live a stress-free during this pandemic. My profile is changeable up to the situation. Your Sous Chef is here!